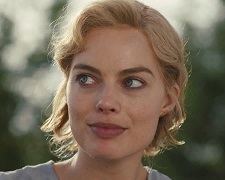 Australian Margot Robbie has come a long, long way.  She was still a teenager when she landed a recurring role on the forever-running soapie Neighbours and it earned her a Logie nomination for most popular new female talent (losing to Packed to the Rafters’ Jessica Marais).  Several years later, she came to the world’s attention in Martin Scorsese’s The Wolf of Wall Street and her career has continued on an upward trajectory ever since.  She’s now a 30-year-old with two Oscar nominations under her belt (I, Tonya and Bombshell) who can also carry an action blockbuster (Birds of Prey).  Not bad for a kid from Dalby, Queensland.

If you think that’s impressive, consider the fact Robbie co-founded a production company, LuckyChap Entertainment, in 2014.  Its goal is to tell women’s stories on screen while utilising female talent off screen.  Robbie starred in several of the company’s projects (I, Tonya and Birds of Prey) to help build its early presence but it has since expanded with productions such as Promising Young Woman starring Carey Mulligan (in Australian cinemas from next month) and the television series Dollface starring Kat Dennings.

Dreamland is another LuckyChap production where Robbie serves as both star and producer.  It’s the first feature film of writer Nicolaas Zwart and the second go-round for young director Miles Joris-Peyrafitte who won a jury prize at the 2016 Sundance Film Festival for his debut, As You Are.  Given the shoot took place in late 2017, it’s been a prolonged wait time for those looking to see the finished product (COVID-19 hasn’t helped).

That said, I’m not convinced there’s a wide audience that’ll be lining up to see this.  It’s a slow, formulaic drama that never gets out of first gear.  Set in Texas during the midst of the Great Depression, the story is centred on an unemployed young man named Eugene (Cole) who is meandering through life with little purpose.  He still lives on the farm with his mum (Condon), deputy sheriff step-father (Fimmel) and younger sister (Camp).

His simple world is upended when he comes across a beautiful woman, Allison (Robbie), hiding in the family’s rundown barn.  She has a bleeding bullet hole in her upper leg and Eugene immediately recognises her face from a much publicised “wanted poster”.  Local authorities are offering a sizeable $10,000 reward (the equivalent of about $200,000 today) given her suspected involved in a botched bank robbery where a 9-year-old girl was killed.

There’s a saying that good looks will take you further in life and yes, that’s the case here.  If Allison was some old, bearded, haggard man, Eugene would have turned him into the cops and taken the reward money.  Instead, Allison turns on the charm and successfully plays the “damsel in distress” card.  It’s not long before she has Eugene running increasingly dangerous errands (such as stealing a car) and looking for a way to slip over the border into Mexico.

That’s pretty much it.  She’s using him as a means of escape while he thinks he’s falling in love and doing good deeds.  These two characters have limited arcs and there’s not much else to offer in terms of action (we don’t even see the original robbery) or surprises.  Without giving too much away, I was also unconvinced by some of the decisions made by Allison in the final act – why would she want to spend more time with such a bland, boring guy?