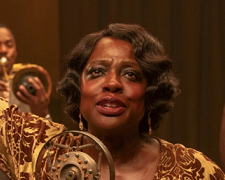 If you believe the lore, Vincent van Gogh sold just one painting during his lifetime.  It’s a curious piece of trivia I’ve always remembered.  The obvious lesson – it can take time for the world to appreciate great works of art and further, they can endure long after our souls have left this world.

It’s not that African American playwright August Wilson wasn’t admired prior to his death in 2005 at the age of 60.  His plays have been performed on Broadway since 1984 and every single one picked up a Tony Award nomination for best play or best revival of a play.  He also won the Pulitzer Prize for Drama in 1987 and 1990.

Despite his success, it wasn’t until recently that the broader world had the chance to be dazzled by Wilson’s writings.  His estate approached Denzel Washington who graciously accepted the film rights to the 10 plays commonly known as Wilson’s “Centenary Cycle”.  Each takes place within a different decade and they delve into the experience of black Americans living through the 20th century.

The first movie, Fences, was directed and produced by Washington who also starred alongside Viola Davis (The Help).  Released in 2016, the film was nominated for best picture at the Academy Awards with Davis taking home the statuette for best supporting actress.  Washington signed a deal (originally with HBO and now with Netflix) to produce the remaining 9 films and so the next cab off the rank is Ma Rainey’s Black Bottom.  It too is destined for Oscar nominations.

The film is narrow in terms of setting but wide in terms of themes.  Excluding a glorious musical opening that forms part of the opening credits, the entire movie (runtime is 94 minutes) takes place inside a Chicago recording studio on a hot summer afternoon in 1927.  Renowned signer Ma Rainey (Davis), referred to several times as the “mother of the Blues”, is there to record a new album.  She’s in the presence of her four-man band, her girlfriend, her manager and the studio’s producer.

Ma Rainey is a mesmerising character.  Based on her attitude in the opening scenes, many will first see her as an arrogant, ungracious prima donna.  However, the more we get to know her, the more we appreciate her intelligence and strategy.  That’s not to say she lacks vulnerabilities.  Ma Rainey constantly projects strength but insecurities lie beneath.

The film explores many topics (race, religion, money, music) but above all else, it’s a riveting tale of power.  From the producer (Coyne) looking to create a new style of music… to a 32-year-old horn player (Boseman) trying to play his way…. to Ma Rainey herself who demands a bottle of Coca Cola… it’s as everyone is trying to get others to bend to their will.  Who will yield and who will come out on top?

Director George C. Wolfe, best known for his work on Broadway, has extracted unforgettable performances from this ensemble.  It’s easy to forget you’re looking at the likes of Viola Davis and Chadwick Boseman given the way they embody their respective characters.  Several monologues resonate strongly.  There’s an added tinge of sadness given Ma Rainey’s Black Bottom was Boseman’s final role prior to his death in August and the film is dedicated to his memory.  He went out on the top of his game.