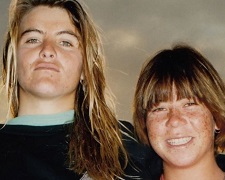 I’ve long believed that professional sport is more of a financially-driven “entertainment product” as opposed to “sport”.  Networks pay money for television rights so they themselves can derive revenue from advertisers.  Corporate sponsors become involved to increase their sales, improve their brand and enhance their image.  Athletes are remunerated for both their on-field performance and their off-field performance (e.g. media appearances, social media posts).  Fans are willing to pay top-dollar for the spectacle of a major event.

To use examples… the AFL negotiated a TV deal where they will earn a combined $946 million AUD for the 2023 and 2024 seasons.  Nike provides uniforms and apparel for all 32 teams in the American NFL and pays roughly $120 million USD per annum to do so.  Argentinean footballer Lionel Messi earns $92 million USD playing for FC Barcelona while picking up a further $34 million USD in endorsements.  If you wanted to attend the Floyd Mayweather v Conor McGregor fight in 2017, a front row ticket would have set you back over $100,000 USD.

I’m not saying this is a bad thing.  Humans love to be entertained and there are people and organisations that can capitalise financially on that passion.  The movie industry is no different.  A major Hollywood star can be paid $20 million to appear in a movie while a no-name, acting school graduate might only get $20,000.  The acting of the star isn’t a thousand times better.  Rather, it’s a decision based on profit and how paying $20 million to a single person is justified based on the additional box-office that can be generated from their loyal fans.

There’s no shortage of great sporting biopics and documentaries.  My favourites list would include Raging Bull, Rudy, Chariots of Fire, Senna and Hoop Dreams.  These movies take us “behind the scenes” and probe the highs and lows of great athletes.  That’s also the case with the new Australian documentary Girls Can’t Surf but, more importantly, it’s as much about the commercial and financial realities of professional sport.  It’s rare to see a film tackle this subject in detail.

Assembled by director Christopher Nelius, Girls Can’t Surf spends the bulk of its time in the 1980s and delves into the early years of professional women’s surfing.  It was a tough road for the surfers who constantly played second fiddle to the men.  When the waves were poor, they’d delay the men’s competition and send out the women.  When it came to articles in surfing magazines, men got the front cover and women were seldom mentioned.  Prizemoney is where the difference was most stark.  At one point, the total annual purses for women’s events were less than 10% of those offered to male counterparts.

Things have improved over the past four decades but it’s been a long, hard slog for those involved.  In addition to archival footage, the film includes current day interviews with the likes of Freida Zamba, Jodie Cooper, Wendy Botha, Pam Burridge, Pauline Menczer, Lisa Anderson and Layne Beachley as they reflect back on their careers and their fight for recognition and equality.  These women have strong personalities and a great sense of humour.  They’re also wonderful storytellers which is a major reason why this documentary is so compelling.

With women’s sports expanding here in Australia, Girls Can’t Surf provides a relevant exploration of the hurdles along the way, the pioneers who overcome them, and the importance of the end goal.