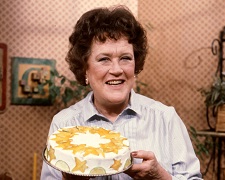 You’re never too old to find success in life.  It’s nice to be reminded of that fact.  Judi Dench was in her early 60s when she landed her first lead role in a major movie, Mrs Brown, and she’s since earned 7 Academy Award nominations.  Frank McCourt won the Pulitzer Prize at age 66 for his first published work, the memoir Angela’s Ashes.  Scottish singer Susan Boyle was 48 when she released the highest selling debut album of all time in the United Kingdom following her success on Britain’s Got Talent.

It’s a subject that filmmakers Julie Cohen and Betsy West are attracted to.  This talented duo earned an Academy Award nomination for their excellent 2018 documentary RBG that delved into Ruth Bader Ginsberg, just the second woman to serve on the Supreme Court of the United States.  Known for her liberal views and tenacious work ethic, Ginsberg was as famous at age 87 (the time of her death) than she had been at any other point in her life.

Cohen and West have returned with another interesting doco that pays homage to Julia Child, one of the greats of American television.  Child was born in California, went to college, started as a copywriter, worked for the Office of Strategic Services during World War II, and followed her diplomat husband to countries including France, Germany and Norway.  It was while in Paris during the early 1950s that she fell in love with French cuisine and studied at the famous Cordon Bleu cooking school.

The world of Child was forever changed in 1962.  Having teamed up with two close friends and published an epic 726-page cookbook, she made her first television appearance on the public access show I’ve Been Reading to promote her work.  Rather than make it a simple talk-fest, she spruced up the segment by cooking a mushroom omelette alongside host Albert Duhamel.  A bunch of positive letters were subsequently received by the network and within a year, 50-year-old Julia Child had her own 30-minute show which aired each week.  It kickstarted an Emmy-award winning television career that lasted four decades!

There’s not a lot of new material in this documentary that cannot be learned from a few good interest searches.  Still, it’s a neatly-assembled film that chronicles Child’s achievements and recognises her enduring legacy.  With limited archival footage, particularly prior to the 1960s, Cohen and West selectively pull from old letters and journals to provide insight into Child’s thinking.  Her own simple words from the time are just as interesting as the loving, articulate, current day interviews offered by a range of family, friends and colleagues who appear on camera.

If there’s one key takeaway from the movie, it’s the inspiration obtained from watching Child’s likeable personality and take-no-nonsense determination.  You’ll wish you were more like her!  She worked hard, she wasn’t afraid to ruffle a few feathers, she helped break down barriers for female chefs wanting a start in the industry, and perhaps most importantly, she loved good food!  Julia Child was truly one of a kind.