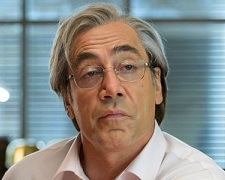 The Goya Awards celebrate the best of Spanish cinema and previous recipients of the best film prize have included The Others, The Sea Inside, Volver, Truman, and Pain and Glory.  This year’s champ was The Good Boss, taking home six awards including best film, best director, best original screenplay and best actor.  It was also submitted as Spain’s entrant for Best International Feature Film at the Academy Awards but missed out on a nomination.

The acclaim is deserving.  The narrative is centred on Julio Blanco (Bardem), a wealthy business owner from a small Spanish town who specialises in making scales.  He’s the kind of person who projects a likeable, loveable image… but you’re never quite sure how much is the “real” Julio.  Does he truly value all the hard work put in by his loyal employees?  Or is it all just a ruse to keep them happy while he exploits and gets rich off their efforts?

Set over the course of a week, The Good Boss is centred around Julio’s attempts to win a major government business award.  He’s been shortlisted alongside two others and they will each be visited by a judging panel.  As evidenced by his very visible “trophy wall” at home, it’s clear Julio likes public recognition and being seen as a winner.  This is another chance to satisfy his huge ego and show others just how good he is.

To provide the film’s laughs, a series of bubbling issues rise to the surface and threaten to derail Julio’s dreams.  A sacked employee sets up camp outside the factory’s front entrance and demands reinstatement.  A long-time manager, impacted by marital issues, makes a series of mistakes which halt production.  A marketing intern finds herself in an unexpected position of power which she is keen to use to significant advantage.  Can Julio find enough metaphorical sticky-tape to hold his business together before the judges arrive?

Two people are heavily responsible for this film’s success.  The first is writer-director Fernando León de Aranoa (Mondays in the Sun) who has crafted exquisite jokes.  A great example is a long-set up gag involving Julio’s wife’s forgetful nature.  Also, without giving too much away, Aranoa isn’t afraid to shock audiences and push things into a wickedly darker direction as part of the film’s later half.  The final scene is a cracker!

The second person deserving credit is versatile star Javier Bardem (No Country for Old Men) who is sensational in the lead role.  He straddles the fence and has created a scheming character who you will like and loathe in similar doses.  It’s great to see Bardem in such a richly comedic role and he schmoozes the audience in the same way he does those around him within the film.

Offering its fair share of laugh out loud moments (there were plenty at the preview screening I attended), The Good Boss is a humorous delight.