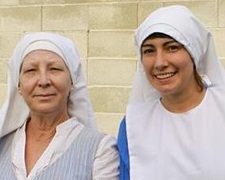 The pros and cons of marijuana have been debated in the United States for more than a century.  In the late 1930s, Congress passed legislation that banned the sale, cultivation and use of cannabis across the country.  There were many reasons behind the decision including concerns about its effects on society and the abundance of Mexican immigrants bringing the drug across the southern border.

That position has softened significantly over the years.  There are now 33 states in the U.S. that have legalised the use of marijuana for medical purposes.  It can help relieve chronic pain, lessen nerve tremors, and help with conditions such as insomnia and anxiety.  Further, recreational marijuana is legal in 10 states but it’s still heavily regulated in the sense that you need a permit to run a marijuana business and there are restrictions on the number of plants you can grow at home.

Breaking Habits is a curious documentary centred on a middle-aged woman named Kate who has spent the last few years running an illegal cannabis business in California.  Even she would admit to being surprised by this career path.  She once had a successful consultancy business but was left penniless after her dodgy husband embezzled everything from the company.  With few other options, she turned to marijuana as a means to provide for herself and two children.

If you’ve seen the film’s poster and other publicity material, you’ll know there’s an additional hook to this tale in that Kate is a nun.  She got together with a handful of like-minded women to form ‘Sisters of the Valley’ and whilst they walk around wearing white veils, they’re not associated with any mainstream religion.  As per their website they simply “sustain their farm operations and their compassionate activism by making products for the people in a spiritual environment.”  In other words, they’re producing marijuana in a large kitchen, selling it to interested parties, and making about $3,000 a day.

The film clocks in at just 87 minutes but it still feels stretched.  It’s the kind of tale that could easily be told in a 2-minute news story and be just as effective with its impact and messaging.  Writer-director Robert Ryan serves up an array of interviews with people offering their thoughts on Sister Kate’s operations.  The list includes the county sheriff, local police officers, a high-profile preacher, ambitious co-workers, and even her own children.

These interviews are spread sporadically throughout the documentary and start to feel repetitive at around the half-way mark.  It’s almost as if the subjects are being told what to say (reality TV style) to help create drama and tension.  If there’s one positive takeaway, it’s the educational perspective that Ryan offers by delving into cannabis production and the techniques Sister Kate uses to ensure her product provides the best outcomes for her customers.

With a narrow scope (it doesn’t look at broader issues such as the wave of legalisations across America), Breaking Habits is an interesting documentary told in a not-so-interesting manner.