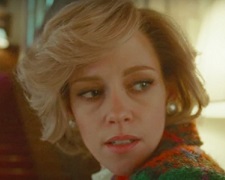 Given their role as Head of State, it’s amazing the British Royal Family have retained such privacy when it comes to family matters and daily life.  Their many palaces, castles and other residences are tended to by servants who must sign confidentiality agreements before being employed.  If exclusive photos or other juicy “behind the scenes” information were to get out, they haven’t been afraid to sue to the press, paparazzi and former housekeepers.  There are even laws in place which protect the Queen from having to disclose her personal shareholdings and investments.

The continual secrecy only seems to add to the public’s thirst for information.  It is why tabloids spend so many pages talking about trashy Royal scandals and it’s also the reason why the Netflix series The Crown has been so popular.  People want to see behind the curtain.  They want to know what the Queen gets up to behind the well-guarded gates of Buckingham Palace and Windsor Castle.  To many around the world, the Royal Family remain an enigma.

The life of Princess Diana has been well-documented and rather than go with a wide, expansive drama, British screenwriter Steven Knight (Dirty Pretty Things) and Chilean director Pablo Larrain (Jackie) have gone with a very narrow scope.  Spencer chronicles just three days in the life of Diana – Christmas Eve through to Boxing Day in 1991.  The time was spent at Sandringham House, the traditional venue used by the Royal Family each year to celebrate the holidays.  This would be the last time Diana and Charles attended prior to their separation.

Aside from a small group of people who ain’t talking, no one can know with certainly what was said and by whom.  For that reason, Spencer promotes itself as a “fable”.  It’s an imagined, fantasised look at the event seen from Princess Diana’s perspective.  Don’t look at this as an accurate historical record but rather, view it through the more general lens of a troubled, frustrated mother having a shitty Christmas with her stuck-up in-laws.  Many will relate.

I was happy to buy what this film was selling.  We see Diana giving a huge “middle finger” to tradition and the Royal Family.  We see Diana forging close friendships with servants who then provide counsel and advice.  We see Diana dealing with mental health issues through a series of unusual actions and hallucinations.  We see Diana as a loving mum who wants what’s best for her two kids and doesn’t want them part of the Royal Family’s suffocating world.  She’s an intriguing character.

Larrain uses a “sit back and observe” approach in terms of direction.  Dialogue is used only when necessary and the camera follows Diana like a Peeping Tom.  Kristen Stewart (Twilight) does a skilful job mimicking the appearance and slightly heightened mannerisms of Diana but, more importantly, she creates a character worth caring about.  Sean Harris is the film’s other standout performer as the Royal Head Chef.  As if to provide short breaks from the main show, Larrain offers a fleeting look at what dishes are being served up in the well-stocked kitchen.

Covering a curious mix of genres, Spencer adds up to something weird, fun and interesting.