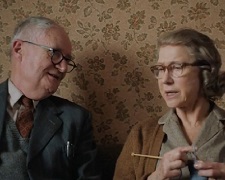 Established in 1828 and located in an iconic building in London’s Trafalgar Square, The National Gallery is home to one of the world’s great collection of paintings.  It includes works from Claude Monet, Johannes Vermeer, Paul Cézanne, Rembrandt, Vincent van Gogh, Leonardo da Vinci and Michelangelo.  The cost of insuring the paintings is unaffordable (many are deemed to be “priceless”) and so a heavy burden falls on the shoulders of security and other staff to keep them safe and in good condition.

In the long history of The National Gallery, only one painting has ever been stolen.  On 21 August 1961, 57-year-old retired British pensioner Kempton Bunton snuck into the museum while the security system had been disabled (cleaning was underway) and stole a 19th Century work of Francisco Goya entitled The Portrait of the Duke of Wellington.  It has recently been acquired by the Gallery for the sum of £140,000.

Bunton wasn’t a big fan of the painting.  He didn’t steal it to display on his living room wall or to sell on the black market.  Bunton was angered by the British Government requiring all residents with a television set to pay a “licence fee” and so he’d stolen the painting as a mean of protest.  It was a classic kidnapping and ransom.  Writing anonymously to newspapers, Bunton agreed to return the painting but only if a significant donation was made by the Government to help pay TV licence fees for poorer residents.

If you love a good “truth is stranger than fiction” tale, The Duke is for you.  It’s also noteworthy in the sense it marks the final movie of director Roger Michell who passed away unexpected last year at the age of 65.  His previous credits include Notting Hill (my personal favourite), Changing Lanes, Hyde Park on Hudson, and the documentary Nothing Like a Dame.  He had a knack for extracting great performances from his cast.

That’s again the case here.  Academy Award winner Jim Broadbent (Iris) relishes the chance to play such a fun character and that same vibe will rub off on audiences.  It’s hard not to cheer for Kempton Bunton despite the fact he’s a criminal.  The most entertaining scenes in the film are where he pleads his case, with the help of a creative defence lawyer (Goode), in a packed court room.  Helen Mirren (The Queen) works nicely off Broadbent with her more serious role as the concerned wife.

The story is over-simplified in places but The Duke will please many thanks to its charming leads.  An interesting story.