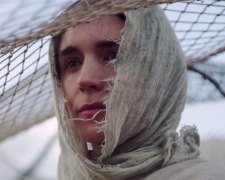 In the most recent Australian census, 30% of the population identified themselves as having no religion.  This compares with a figure of just 13% from thirty years ago.  The major reason for this change has been a decline in those who consider themselves to be Christian.  A number of reasons could be cited when analysing the figures but one thing is clear – Australians are less religious than they’ve ever been.

For those unfamiliar with the story of Mary Magdalene, she is referred to in the New Testament as a person who travelled with Jesus, saw some of his miracles, and witnessed his crucifixion.  Over the past two millennia, Mary had developed the reputation of being a sinning prostitute.  However, such claims have not always been supported and a key goal of this film is to “set the record straight”.  My use of inverted commas is to show that when it comes to events that took place 2,000 years ago, can anyone be certain of anything?

Some may argue that a film like Mary Magdalene is a gamble.  With Christians representing only half of Australia’s population, it’s likely the film will have next-to-no appeal for the remaining half of the population.  Still, Mel Gibson proved in 2004 that religious movies can be successful.  Despite having subtitles throughout, The Passion of Christ grossed $612m USD at the international box-office (on a budget of just $30 million).  It was pushed strongly amongst the evangelical community in the United States.

I don’t believe Mary Magdalene will emulate those figures but with its release date in this country tying into Easter celebrations, I’m sure it will have its loyal supporters.  Australian director Garth Davis (Lion), has done his best to recreate the era by shooting in remote locations of southern Italy.  He’s also lured two Academy Award nominees to headline the cast – Rooney Mara (The Girl with the Dragon Tattoo) in the title role and a bearded Joaquin Phoenix (Gladiator) slipping into the sandals of Jesus.

From what we see during the opening half hour, one could argue that Mary’s story mirrors that of many in today’s age.  She’s a single woman who is under immense pressure from her family to get married and have children.  It’s at this point where things get little more spiritual.  She meets Jesus, has a quick-fire baptism, says good-bye to her furious family, and agrees to follow him across the lands.

It’s hard to explain Mary’s actions.  She is guided by a higher power that is difficult to put into words.  This is part of the reason why there’s not a lot of dialogue from Mary nor narration to help understand her psyche.  She develops a close bond with Jesus and, given most of his other followers are male, she does appear to have some role in shaping his views.  This is evident during a scene where Jesus visits a group of poor women and is asked who they should obey above all else – God or their husbands?

I’ll freely admit that I’m not a religious person and perhaps this influences my opinion… but I didn’t find Mary Magdalene to be an interesting character.  She’s a softly spoken bystander who wanders around contributing nothing more than her faith.  The supporting characters have more to offer as they are more conflicted with their views on Jesus and the role he will play in toppling the oppressive Roman leadership.  Unfortunately, these subplots play second fiddle to the main narrative.

I have no qualms with the production values and the two leading performances from Mara and Phoenix.  You get a sense of the non-romantic connection that develops between the two.  Unfortunately, I couldn’t be sold on the broader story.