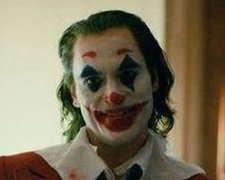 There are exceptions but the general tendency in Hollywood is to create one-dimensional villains when making an action flick.  You’ll have someone (normally a male) trying to take over the world, or assassinate a popular figure, or steal billions of dollars, or simply blow up the planet.  The plans usually lack logic (or at least start off sensibility and ultimately become illogical).  Equally puzzling are the life goals of the incompetent henchmen who sign up to the villains’ causes.

There are reasons why film writers make such decisions.  In a two hour movie, there often isn’t time to “flesh out” an intriguing bad guy when the prominent focus is on the heroes.  Further, having a simplistic villain makes it easy for the filmmakers to guide audiences’ emotions and avoid controversy.  They bear no resemblance to divisive figures in the real world so you can sit back, eat your popcorn, and view it as mindless entertainment.

The Joker appeared in the first Batman comic book ever published in 1940 and he has since become the most utilised villain in superhero movies.  Jack Nicholson in Batman (1989), Heath Ledger in The Dark Knight (2008) and Jared Leto in Suicide Squad (2016) have all put their own spin on this famed character.

Joker is a very different comic book movie however.  There are no “traditional” heroes and so the entire 122 minute running time is spent developing and analysing a purported villain.  We learn that the Joker, better known as Arthur Fleck (Phoenix), is a struggling loner.  He has no friends, he receives no mail, he’s battling to hold down his job as a performing clown, and he has mental health issues which require seven different types of medication.  In his own words – “I just don’t want to feel so bad anymore.”

On a near-deserted subway train one evening, Arthur watches as three sleazy businessmen taunt and harass a middle-aged woman.  Arthur, still wearing his clown face from work, unwillingly becomes involved and after a violent scuffle, he pulls out a gun and kills all three men.  You could argue he first acted in self-defence but when he puts several bullets in the last victim, it’s clear his motivations include anger and vengeance.  Accustomed to being bullied, he enjoyed having the “last laugh” for once.

It’s not long before Arthur’s actions kick-start an uprising within Gotham.  Authorities want him identified and apprehended but there’s a growing number of people who see Arthur as the “poster boy” for a powerful anti-capitalism movement sweeping across the city.  They’re tired of austerity-loving politicians cutting services to the underprivileged while the wealthiest 1% continue to thrive and prosper.

Joker isn’t perfect.  The second act is sluggish and it pushes its message too forcibly in places.  Still, the positives far outweigh the negatives.  Writer-director Todd Phillips (The Hangover) and co-writer Scott Silver (The Fighter) are taking societal problems that you might see explored in a Ken Loach film and bringing them into the superhero realm.  Arthur is a complex character and while you may not agree with his approach, you’ll understand his troubled mindset and the reasons why some support him.  There are parallels with real-life issues currently playing out in the media.

Given Heath Ledger posthumously won an Academy Award for playing the same character, it was always going to be a tough ask for Joaquin Phoenix (Walk the Line) to produce an equally memorable performance.  He’s gone close though.  Phoenix has created a credible villain with a fragile mental state and a creepy disposition (particularly his laugh).  His portrayal adds to the film’s grim, unsettling tone that you’ll have trouble shaking off as you leave the theatre.

A surprise winner of the prestigious Golden Lion at the Venice Film Festival, Joker is intended to be a “stand alone” feature that isn’t part of the current DC Extended Universe.  That’s a shame because I’d love to see the introduction of arch nemesis Batman to find out where this alternative timeline goes next.