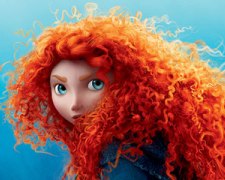 You can (almost) always count on Pixar.  When it comes to creating top-notch animated movies, they are the best in the game.  I don’t think there’s any subjectivity in the argument whatsoever.  Since the made their debut with Toy Story back in 1995, they have released a total of 12 animated features.  These films have earned a total of 41 Academy Award nominations and have a cumulative international box-office of $7.2 billion.  All but two of the films have a critics score on Rotten Tomatoes exceeding 90%.

Brave is their latest and it arrives at the perfect time.  I’m a big fan of animated movies but I found the graduating class from 2011 to be somewhat underwhelming.  It was as if more time was being devoted to whizz-bang 3D graphics as opposed to creating compelling tales.

For me, the most disappointing trend has been a move away from dramatic storylines.  Writers tend to be favouring light-hearted, action-packed animated films (e.g. Kung Fu Panda 2, Puss In Boots) that don’t really challenge the audience.  These movies can be entertaining in their own right and I’ve enjoyed my fair share… but you can’t beat an emotive animated feature that pulls at the heartstrings.  The few recent examples that come to mind are WALL-E, Up and The Illusionist.

Brave is set in the 10th Century and follows a young princess named Merida (Macdonald).  Her parents, King Fergus (Connolly) and Queen Elinor (Thompson), rule the kingdom of DunBroch and as their first born sibling, Merida is being groomed to follow in their footsteps.  It is her fate.  One day, she will be required to sit on the throne and lead her kingdom’s people.

Many would dream of being princess… but Merida does not fit into that category.  She’d prefer to live a life with no lessons and no expectations.  Her favourite days are those where she can escape her family’s castle and explore the mountainous countryside.  It gives her a chance to hone her already impressive skills with a bow and arrow.

Merida’s rebellious nature reaches a tipping point when she is told by her parents to find a suitor and get married.  They have organised a huge celebration where the sons of three lords will come together and demonstrate their strength.  The winner will get to stand alongside Merida at the altar and become a future king.

As you can imagine, Merida wants nothing to do with this.  She has no desire to get married at all.  With King Fergus doing everything he can to avoid conflict, it falls upon Queen Elinor to confront her daughter and explain that sometimes we don’t get to choose our destiny.  It’s just the way life is.

What follows is a captivating story filled with drama and a little magic.  Brave has a lot to say about “fate” and the importance of a bond between mother and daughter.  I also enjoyed its take on legends and their relevance in today’s world.  There are a few nice laughs but you’re more likely to remember the film for its strong characters and overall message.

You only have to look at a trailer to see that the quality of animation is superb.  A team of more than 80 animators have used new software to create a level of detail never before seen in an animated film.  You can feel the wind blowing through Merida’s beautiful red hair.  You can see the water vapour as her hand touches a waterfall.  I also loved the use of focus in certain scenes – as if it’s been shot using a real camera.

Brave is a shoo-in for an Academy Award nomination in the best animated feature category.  It sets the early benchmark and those films to be released in the second half of 2012 will have to work hard to catch it.

You can read my interview with star Billy Connolly by clicking here.