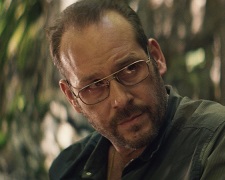 When creating science-fiction movies about robots, the trend is to give them human-like qualities and follow one of two distinct paths.  You can make them friendly and loveable as illustrated by films such as WALL-E, A.I. Artificial Intelligence, The Iron Giant, Real Steel, Short Circuit, or you can make them villainous and world destroying as shown in The Terminator, Ex Machina, Transformers and The Matrix.

The reality is not quite so glamorous and action-packed.  Robots are changing our existence every single day but, instead of having to worry about being chased by a machine-gun wielding terminator, we are more likely to be affected economically through shifts in wealth distribution.  There are many jobs that will be taken over, if they haven’t already, by robots and artificial intelligence.

It raises an interesting theoretical question that I’ve often posed of friends – if our world reaches a point where almost every job on the planet is performed by a robot, what becomes of employment?  How can people earn a wage if there is no work for humans to perform?  Is there some kind of government welfare and if so, how is it funded and how is it disseminated?  Would it be subject to corruption and manipulation?

Writer-director Noah Hutton taps into these ideas with Lapsis.  It marks his feature-film debut (his background is in documentaries) and it earned him a nomination for best first screenplay at the recent Independent Spirit Awards (Andy Siara’s Palm Springs won the category).  Hutton describes it as science-fiction set in the “parallel present”.  It’s similar to the world we know today but with a few small differences to highlight thought-provoking themes.

The film’s protagonist is Ray (Imperial), a man in need of a well-paying job to help pay the pricey medical bills of his fatigued half-brother, Jamie (Howard).  Tipped off by a questionable friend, Ray becomes a contractor for a major global company that is laying high-speed network cables across the country.  It works in a similar manner to Uber.  Ray accepts contracts on his phone and once he’s hiked through forests and laid the cables, the company transfers money into his bank account.  There’s a catch though.  Robots are also performing the work and if they can do it faster, Ray doesn’t get a cent.

Lapsis has a lot to say about the gig economy, the diminution of unionisation, and the growing power of companies over individuals.  Hutton drew on his own experiences having worked himself as an independent contractor for the past decade and having to buy his own equipment and pay for his own health insurance.  What we see in the film may be over-exaggerated for comedic effect but it gets you thinking about the real world.

Hutton frames the story as a dark comedy.  For example, there’s a great moment where Ray teams up with a more experienced contractor to slow the movement of a cable-laying robot that is on their tail.  You could look at this scene through a humorous lens and have a simple laugh about humans outsmarting robots.  However, on thinking about it deeper, you realise the only thing keeping Ray in a job is robot-sabotage and it won’t be long until he’s the one being outsmarted.

Lapsis is both strange and stimulating.  A great combination!