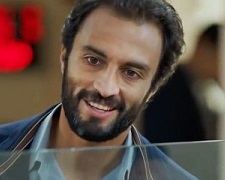 Since the category was introduced at the Academy Awards in 1947, only six directors have won the best international feature film category on multiple occasions.  The most recent addition to that group (and the only person still alive) is Iranian filmmaker Asghar Farhadi.  He won in 2012 for his Golden Bear winning A Separation and followed it up five years later with a win for The Salesman.

Farhadi's latest creation is A Hero and it solidifies his reputation of creating complex stories with equally complex characters.  In trying to squeeze comprehendible narratives inside of two hours, screenwriters often struggle to “flesh out” subplots in detail and so they fall into the trap of simplicity over substance.  A common example is in the rom-com genre where one suitor is inherently good, one suitor is inherently bad (despite appearing good at first), and the choice of who to marry becomes obvious.

This complexity is beautifully illustrated in A Hero.  The central character is Rahim (Jadidi), a man who has been imprisoned after failing to repay a sizeable business loan to his disgruntled ex-brother-in-law.  Allowed out of prison on two days’ leave, Rahim comes in possession of a lost handbag containing valuable gold coins.  He considers using it to repay a portion of the debt but instead, he returns the bag to its original owner.

Word gets around about Rahim’s good deed and he becomes a quasi-celebrity after being featured on a television news story.  A local charity steps in and tries to raise money which will allow for his release from prison.  However, it’s not long before a few people start questioning Rahim’s version of events and whether he is a “good guy”.  The truth keeps shifting to the point where it’s almost irrelevant!  Opinions have been formed and it’s going to be very difficult to change them.

37-year-old Amir Jadidi is outstanding in the lead role and skilfully plays the character as someone who is good-natured but also prone to mistakes.  Audiences will form a range of opinions about his actions and sincerity.  There are several interest subplots with the supporting cast all pulling their weight.  These include the perspective of the prison managers, the charity organisers, and Rahim’s married sister.

A joint winner of the Grand Prix at the 2021 Cannes Film Festival (considered to be the runner-up prize), A Hero is a terrific film where the performances are as a strong as the screenplay.