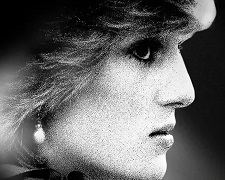 There’s no shortage of recent product delving into the life of Princess Diana.  Kristen Stewart earned a first Academy Award nomination earlier this year for portraying the beloved royal in Pablo Larraín’s Spencer.  Princes William and Harry commissions two television documentaries about their mother which premiered in 2017.  Fans of the popular television series The Crown will remember the arrival of Diana in series 4.  There was even a much-maligned Broadway musical that premiered in November 2021, simply titled Diana, that was savaged by critics and closed after just 33 performances.

This begs the question – why do we need yet another film about this subject?  Is there enough demand to meet the increasing supply?  The Princess is a documentary that covers the life of Diana from her engagement to Prince Charles in 1981 through to her death in 1997.  When it premiered at the Sundance Film Festival back in January, directed Ed Perkins stated that he tackled the project because he felt they had a “different perspective or vantage point” to previous works.

It’s certainly different in terms of approach.  Using the same technique adopted by Asif Kapadia in the brilliant 2010 documentary Senna, Perkins relies entirely on archival footage to create a narrative.  There are no current day interviews with Diana’s friends and family looking back on her life.  There are no recreated scenes to depict what may have happened behind closed doors.  There is no narration telling us what to think.

Instead, the filmmakers use video extracts from news reports, talk shows, paparazzi, and random home movies (some of it never seen before).  I’ll give credit to Perkins and lead editors Jinx Godfrey (The Theory of Everything) and Daniel Lapira (The Boat) in weaving the hundreds of hours of footage into a fast-paced, two-hour documentary.

The best moments are those where the camera catches a concerned looking individual (usually either Charles or Diana) and you can tell, particularly from a disgruntled look or shift in their eyes, exactly what they’re thinking.  Another highlight is the poignant closing sequence which, backed by a moving music score from Martin Phipps, reminds us of the public’s outpouring of grief in the days following Diana’s death.

It’s hard to fault the skill which has gone into The Princess but, despite what Perkins suggested at the world premiere, I’m not convinced it provides anything new in terms of “perspective”.  If you’re a young person unfamiliar about Charles and Diana’s marriage, it’s a good introductory eye-opener that provides motivation to do more research.

For everyone else however, it’ll be hard to maintain interest levels throughout given we already know this story.  There’s no change in terms of heroes or victims either.  With the exception of Princess Diana, everyone comes off looking sketchy and Perkins points his finger at the media/paparazzi in having a major role to play in Diana’s difficult years.  I’ll make the point again – this is not new information.  If being asked to watch an umpteenth movie about the princess, this needed to offer more.