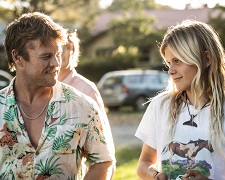 Don’t ask me for statistical proof but Australia seems to bat above the worldwide average when it comes to actors making a mark on the international stage.  Over the past quarter of a century, 13 Aussies have earned acting nominations at the Academy Awards.  There’s an even bigger group who have found fame in major franchises and/or action blockbusters.  The two highest grossing movies of all time feature Australians in leading roles – Sam Worthington in Avatar and Chris Hemsworth in Avengers: Endgame.

All of these skilled actors began their careers with roles in Australian-made flicks.  Nicole Kidman starred in BMX Bandits, Cate Blanchett featured in Paradise Road, Heath Ledger first appeared in the teen drama Blackrock, and Hugh Jackman won a critics award for his debut in Erskineville Kings.  Like many others, I’d love to see a bigger film industry in this country but, it’s important to acknowledge that locally made movies have provided a valuable first step for those breaking into the industry.

It’s a point worth noting as there are currently two movies in Aussie cinemas starring 17-year-old newcomer Rasmus King – 6 Festivals (released last week) and now Bosch & Rockit.  Raised in Byron Bay, King has been known for his surfing prowess before now (he was winning titles as a 9-year-old).  He “fluked” his way into the acting profession (his word, not mine) but based on his two skilled, passionate performances in these movies, he’s likely to get the attention of other filmmakers in search of tomorrow’s superstars.

Based on a true story, Bosch & Rockit is a father and son tale set in the late 1990s.  King plays Rockit – a surf-loving teenager trying to find his place in the world while Luke Hemsworth (Westworld) plays Bosch – a single dad who wants to be there for his son but keeps making mistakes.  Forced to flee their home after a Bosch gets on the wrong side of dodgy drug dealers, the pair hide out in Byron Bay until things quieten down.  Rockit doesn’t know the truth, however.  He’s unaware of his dad’s criminal activities and thinks Byron Bay is an opportune holiday where they can spend quality time together.

Selected as the closing night feature for the Gold Coast Film Festival back in April, Bosch & Rockit is a little clunky and formulaic in places but it’s still a worthy story bolstered by great performances.  King is terrific (just mentioning it again) but so too is Hemsworth who finds the right blend of “likeable” and “unlikeable” in bringing the flawed father to life.  They share some great exchanges – from deep and meaningful conversations about family… to petty arguments in front of strangers at hotel receptions.

You won’t find them in as many cinemas as Bullet Train and Nope but if you want to see what the Australian film industry is offering up, find the time and give both 6 Festivals and Bosch & Rockit a look.